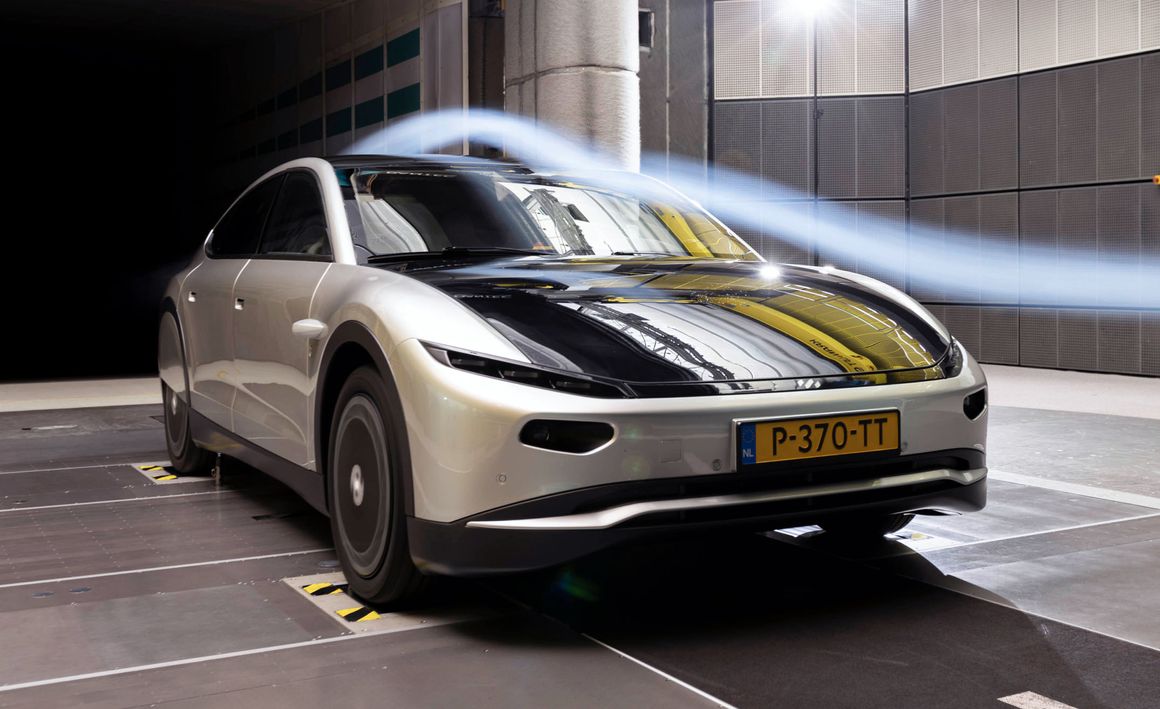 Lightyear, the high-tech company developing the world’s first solar-powered car, today announced that Lightyear 0 will be the most aerodynamic production car in the world, with a record drag coefficient of 0.175 (Cd)

Lightyear, the high-tech company developing the world’s first solar-powered car, today announced that Lightyear 0 will be the most aerodynamic production car in the world, with a record-breaking coefficient of drag of 0.175 (Cd). The lower the drag coefficient, the more efficiently the car will use its energy, giving drivers more range and less reliance on electric charging.

This figure was confirmed following a series of comprehensive tests conducted in one of the FKFS wind tunnels in Stuttgart, Germany under the conditions of the Worldwide Harmonized Light Vehicle Test Procedure (WLTP). This announcement comes two months before Lightyear 0 goes into production and becomes the first solar vehicle on the roads.

The lower the drag coefficient, the higher the range

Aerodynamics are a big consumer of energy, with air resistance increasing dramatically at higher driving speeds. At highway speeds, aerodynamics accounts for about sixty percent of overall power consumption. Battery range is one of the biggest concerns for potential and current electric car drivers.

Lightyear 0 rises to the challenge with a design that minimizes air resistance and therefore achieves a very low drag coefficient, while maintaining lift and balance to provide a smooth ride for riders. A good (low) coefficient of drag means a more fuel-efficient car that uses less energy and, therefore, can go further on a single charge. Drag coefficient is a major contributor to overall efficiency that puts Lightyear 0 ahead of the market.

Lightyear Chief Technology Officer Arjo van der Ham said, “We are extremely proud of this incredible achievement. We had to start from a blank sheet of paper when we first started developing our technology, and with great dedication and hard work, we continue to push the boundaries with every step like this. . .”

Tests like these aren’t just about setting records; they are crucial in providing Lightyear’s customers with the optimal solar car. Over the next few months, Lightyear’s engineering team will continue to work on a rigorous testing schedule to deliver the world’s first and most aerodynamic solar-powered car this fall.

Biden in Detroit to tout his electric vehicle accomplishments