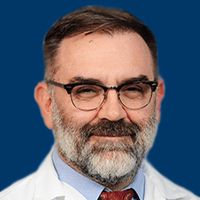 Jeffrey Zonder, MD, discusses his presentation at the 2021 ASH Annual Meeting on the impact of the Phase 1/2 study using REGN5458 in multiple myeloma.

“[REGN5458] looks extremely promising. It was quite tolerable with very good response rates,” Zonder said. “This supports the further development of this bispecific antibody as a monotherapy for patients who have progressed after 3 or more lines of treatment, and there is already a phase 2 study underway, which is increasing patients.”

In an interview with Live®Zonder, Professor of Oncology, Barbara Ann Karmanos Cancer Institute, Wayne State University, discussed her presentation at the 2021 ASH Annual Meeting on the impact of the phase 1/2 study using REGN5458 in multiple myeloma.

Live®: What was the purpose of this study?

Zone: This is a first-in-man phase 1/2 study using a bispecific antibody, which is an antibody that binds 2 different things at the same time. This bispecific, called REGN5458, binds BCMA, which is a target molecule on the surface of multiple myeloma cells, and CD3, which is found on immune effector cells. By binding to both at the same time, it mobilizes the immune system against multiple myeloma and induces cytotoxicity and cell death.

This was the first part of a 2 part study. This part is the dose escalation part where we investigate different dose levels of the drug to assess safety and look for dose limiting toxicity to ultimately identify the dose we want to go forward with for phase expansion 2, which is the second part of the study.

This was a phase 1 study using modified 4+3 design doses. REGN5458 was administered intravenously weekly for the first 16 weeks. After that it happened every 2 weeks. During the first 2 weeks we used reduced doses, which was a gradual dosing strategy, to try to minimize some toxicities. Then the full nominal dose that [patients] were assigned for their dose-level cohort, which started at week 3 and was administered weekly through week 16.

Can you detail the data on the adverse events observed during the trial?

For the non-hematological toxicities, they were all generally mild, very manageable. The most common was fatigue. The second most common was cytokine release syndrome, which is an infusion reaction that usually occurs early with bispecific antibodies. It is seen with virtually all bispecific antibodies and also with CAR T cells. The incidence of this was actually low compared to what has been seen with other molecules that have been reported at the ASH.

The overall incidence of cytokine release was 38%. Almost all cases were grade 1. There were 3 grade 2 cases and none grade 3 or worse. Importantly, other than incidents being only 38%, there was no association with dose level. Cytokine release almost always occurred during this first 2-week intensive dosing period, usually within a day of antibody administration. It was a very predictable pattern of occurrence, which reduces the chances of there being some sort of surprise reaction if you’re administering to patients in practice.

Can you talk about the effectiveness of REGN5458 based on the study?

There was impressive efficiency. We observed early, deep and long-lasting responses with this bispecific antibody. The ORR for the whole study was 51%, which is impressive because in a dose-finding study, where you start at very low doses, you don’t necessarily expect to see a response rate raised. Fifty-one percent compare favorably to products that are approved in the same space in multiple myeloma.

[Among all patients], 43% of the responses we saw were complete responses. There were a handful of patients we treated with minimal residual disease [MRD] sur test, which is an ultra-sensitive test looking for extremely low levels of remaining disease. We had this data on 10 patients and 4 patients achieved MRD negativity.

Are there any next steps or future studies you are planning?

In the relatively near future, there will be an umbrella type study, where this drug will be studied in combination with various standard therapies for myeloma to see how best to use this drug in combinations.

What message do you hope your colleagues took away from the presentation?

It is a very promising drug. This represents something important, potentially, for patients in the future. A drug with a profile like REGN5458 would be an improvement over most approved drugs in this space.

The toxicity profile is excellent, and most importantly, the other promising therapy that we hear a lot about at ASH, which is CAR T cells. There are currently accessibility issues with CAR T cells. CAR T commercial [cells] are difficult to obtain. There are not enough places in the CAR T studies for patients who wish to participate in these studies. And a bispecific antibody is an immediately accessible treatment that has so far shown extremely impressive efficacy.

Tired of I-70 traffic? ‘Break Up with Your Car’ Campaign Highlights the Benefits of Taking Public Transit to Colorado’s High Country