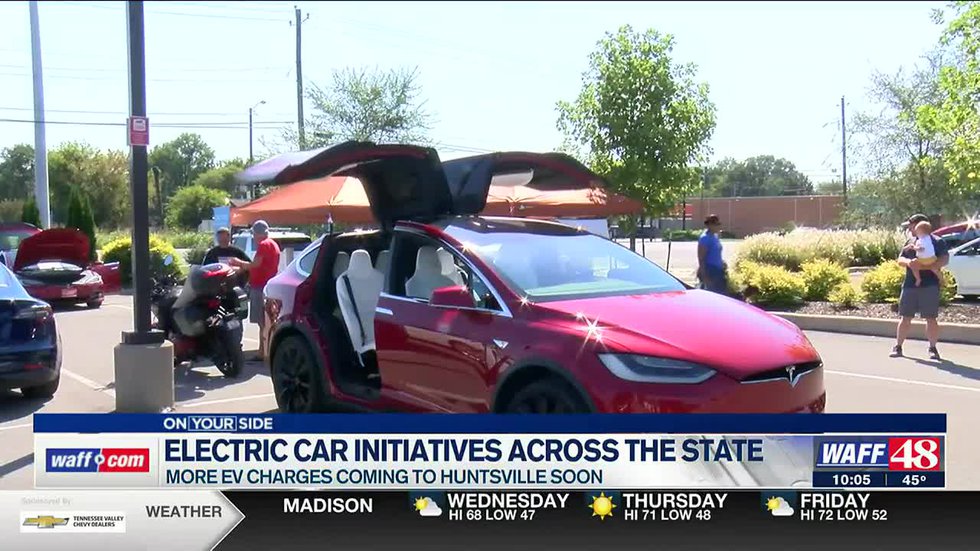 HUNTSVILLE, Alabama (WAFF) – More and more we’re seeing a push to get you to drive electric. Now there is a whole government initiative behind it.

But, will our state and our cities be ready to find a way to charge all these electric cars? Interest in electric cars is starting to spark.

â€œAll the major automakers have said there will be an end to the internal combustion engine in the next 10 to 20 years. So we want to make sure that Huntsville’s infrastructure is ready for an influx of electric transportation, â€said the CEO of Alabama Energy, Daniel Tait.

â€œWhat we’re advocating right now is an ordinance for EV chargers to ship with commercial and multi-family buildings, so consider building apartment complexes.

â€œWell, we already had a plan that we approved about two months ago. We are installing chargers at several locations downtown and we will expand that, â€Kling said.

It comes as Governor Kay Ivey announces a Drive Electric initiative. The state is investing in electric vehicle infrastructure, including $ 4 million in subsidies for charging stations on highways and highways in Alabama.

â€œWe are all witnessing the transition that automakers are making around the world and I want to be sure Alabama’s economy is able to benefit from it,â€ Ivey said.

Tait said that contrary to popular belief, electric vehicles can save money.

â€œElectric vehicles are slightly more expensive on the sticker price than standard vehicles. It changes fast. A new F150 will be released next year and a new electric F150 will start at about the same price, â€Tait said.

â€œYou can see that in California gas costs about $ 5 a gallon and of course here it’s in the $ 3 range. It definitely catches people’s attention, â€Kling said.

ALDOT is also expected to make an announcement next week regarding Biden. Bipartite infrastructure law it could bring in around $ 79 million to support the expansion of EV chargers.