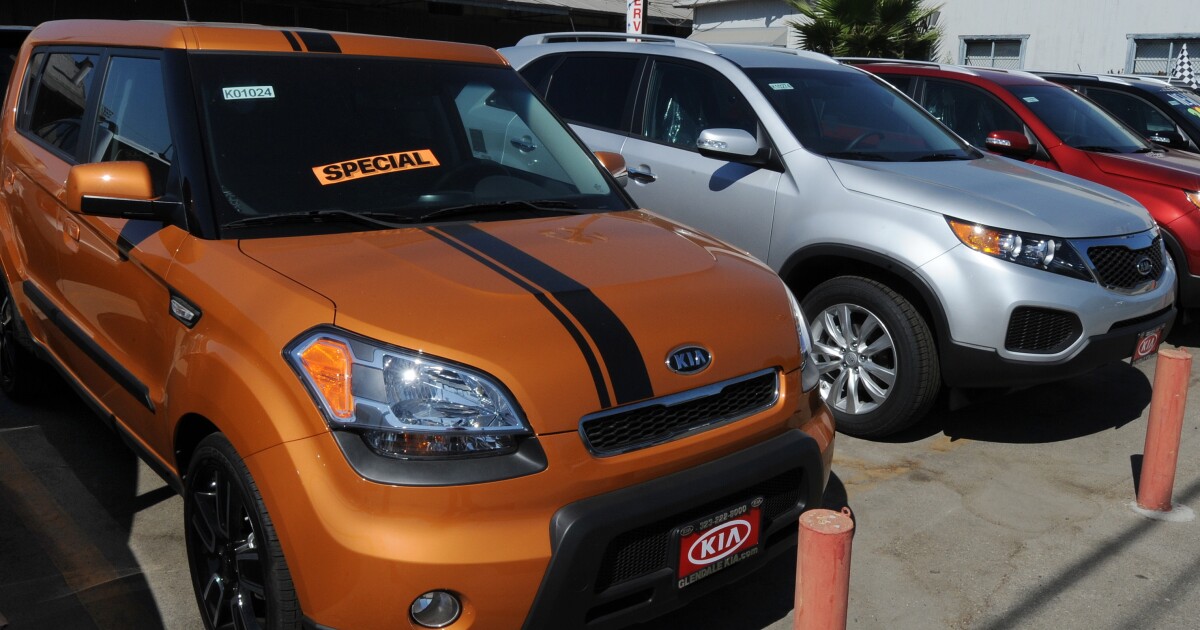 Car thieves targeting Kia and Hyundai vehicles have put the city of Milwaukee, Wis., on high alert, prompting the police department, rental car companies and even a local brewery to warn drivers that they might be sensitive.

sergeant. Efrain Cornejo says the Milwaukee Police Department really started noticing a trend in November 2020 where car thieves were breaking a window and could leave within minutes.

“During this time, we actually contacted the manufacturers and what we were able to find out through them was that the vehicles involved were vehicles that were not fitted with immobilizers,” Cornejo said.

Engine immobilizers use electronic signals to prevent cars from being hot-wired. Most cars sold in the last 20 years have them. But many Kias and Hyundais produced before mid-2021 don’t, and Milwaukee thieves noticed.

The Milwaukee-Waukesha area was in the top 10 U.S. cities for auto theft per capita in 2021. In an attempt to deter more thefts, MPD has partnered with automakers, local businesses and community organizations to distribute steering wheel locks like the Club to help deter criminals.

Businesses spread the word in Milwaukee

Some businesses, like Lakefront Brewery, try to get the word out to customers before they sit down for a drink. The brewery located in the Brewer’s Hill neighborhood of the city has a sign out front that reads “NOTICE: Please mention if you are driving a KIA or HYUNDAI vehicle to the host.”

Dylan Mazurkiewicz of Lakefront Brewery says they put up the sign to “notify our customers when a couple [thefts] happened in our area and people were calling us or coming in pretty upset.”

“It sucks. It’s traumatic for some of these people. Someone even had a bunch of luggage in their car and… they’re on their way to the airport,” he said. “It sounded like worst-case scenarios.”

Mazurkiewicz said that in addition to informing people of the situation and how quickly cars can be stolen, the brewery also does its best to get people to park their cars in areas where there are cameras. , close the building or near the patio where there are more people around. The brewery also lends steering wheel locks.

Even rental car companies are trying to increase driver awareness by putting tags on key fobs telling drivers not to park in Milwaukee County. A post on Reddit sparked a flurry of comments, including some from those who have had their car stolen or know someone who has.

“A friend had her car stolen. Insurance offered her a rental while she was waiting for the new car to arrive at the dealership. The rental was stolen. Then her new car was stolen from the lot before that she can’t get it back,” user TheCookie_Momster wrote.

Cornejo said year-to-date, the Milwaukee Police Department has seen a 19% decrease in thefts of Kia and Hyundai vehicles from high numbers last year.

Overall, there are a number of precautions people can take to help prevent car theft. Steering wheel locks are one, but Cornejo says tire — or boot — locks are also becoming more common.

Investing in a kill switch for your car could also be a good thing. And as the weather gets colder, Cornejo recommends not leaving your car unattended while it’s warming up.

As for Hyundai, a bigger solution seems to be on the horizon. The company told NPR that while immobilizers have become standard on cars produced after Nov. 1, 2021, it plans to sell a security kit “that targets the entry method thieves use to gain access. to these vehicles” from 1 October.