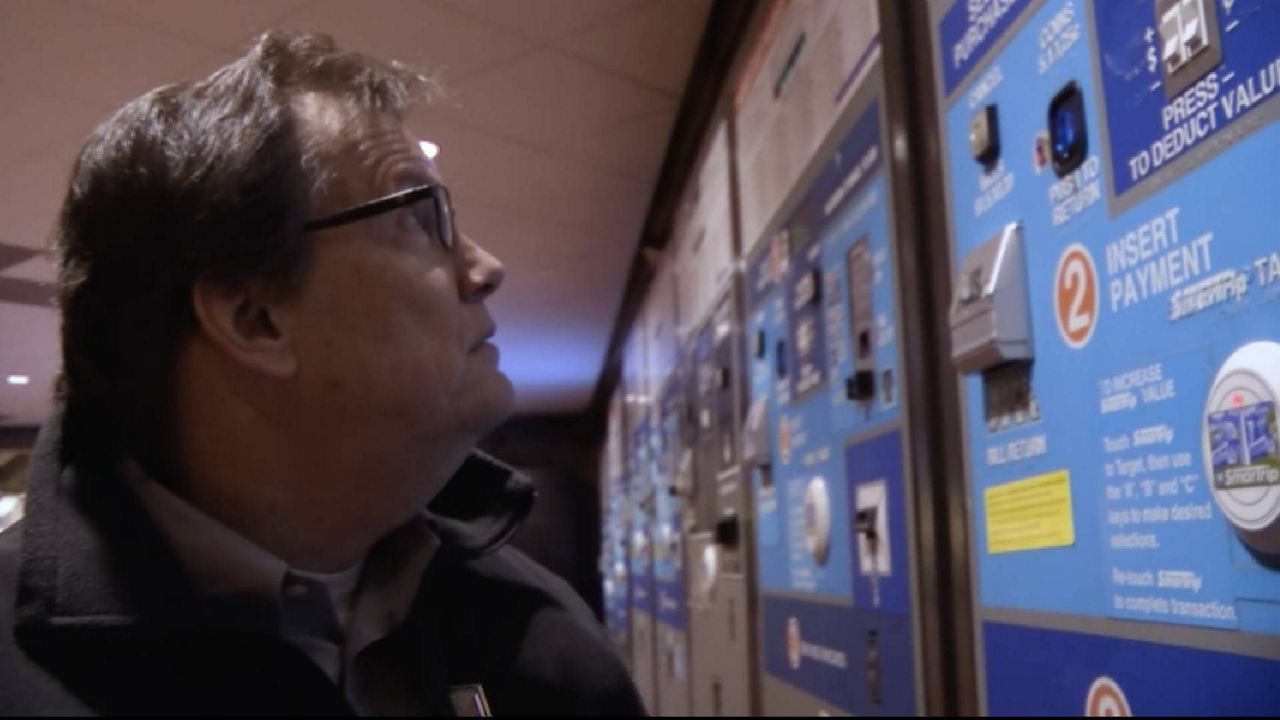 Lee Page has been riding the Washington subway for more than three decades.

“Washington, DC is a very accessible city,” he said from outside a downtown subway station near the White House. “I know where all the elevators are and where to sit on the train to get to my elevator, the quickest route.”

Page, who uses a wheelchair, gets to the train by first taking a street-level elevator, going through an enlarged turnstile with his metro card, and then taking another elevator to the front platform. to finally do a “wheelie in motion”, as he described it. , to get into the metro car.

“There is a small gap, he explained. “It happened to me once where I fell.”

But as one of the country’s newer transit systems, the Washington Metro is more accessible than most.

Older systems in cities like New York, Chicago and Boston – called “old” railways – are not widely accessible, as many stations were built before the passage of the Americans with Disabilities Act (ADA). in 1990.

Now, a $ 1.75 billion investment in the bipartisan infrastructure law that President Joe Biden signed last month aims to close the accessibility gap with a new grant program for the more than 920 stations across the country – or 20% of all stations – that don’t. meet ADA standards, according to the Department of Transportation.

“Even though we have had a law in place for over 30 years, much of our transit infrastructure has been protected by law,” said Dr Beth Mineo, director of the University’s Center for Disability Studies. of Delaware.

Page has worked to secure funding for public transit access at the federal level for years as a senior lawyer in the Paralyzed Veterans of America, the group that sued the DC metro in 1978 to make sure the city would build elevators at every station.

He suffered a spinal cord injury in a 1983 car accident that affected all four of his limbs, and he now works on behalf of veterans and millions of Americans with disabilities.

“Life is beyond the VA hospital,” he said. “It includes jobs, public housing, utilities – and transportation is key. ”

The $ 1.75 billion allocated in the infrastructure law is part of a new effort called the All Stations Accessibility Program (ASAP), which will allow transit agencies to apply for grants overseen by the Department of Transportation.

“For those transport agencies who want to do the right thing, they felt they had so little funding that they had to choose between accessibility and investments in safety,” the transport secretary said. Pete Buttigieg in an interview with Spectrum News.

“They shouldn’t have to choose.”

In New York City, about 25% of stations are ADA compliant. The city has announced a multibillion-dollar project to make all stations accessible by 2034.

Buttigieg is responsible for overseeing much of the funding for the infrastructure bill, including grants for accessible upgrades, which could be used for things like elevators, ramps, lights, and audio assistance. .

The secretary pointed out that ADA-compliant improvements often help the community at large, such as people who use strollers or walkers.

“Any of us, really, who don’t identify as part of the disability community today, could grow old there tomorrow,” he said. “We really have to consider this something that is needed, not a ‘nice to have’, not a bonus.”

One of the main concerns of the disabled community is to ensure that funding for the infrastructure bill translates into concrete improvements in access over the next five to ten years.

“One of the things we usually say about ADA is that it’s an unfunded mandate,” Dr Mineo said. “There isn’t a huge army of law enforcement officers out there to watch the world. It depends on who brings inequalities to the attention of public officials. “

And some advocates had called for more money for accessibility projects, including Senator Tammy Duckworth, D-Ill., A double amputee who has led efforts to secure funding for accessible transportation in the bill.

She had first drafted a law that would allocate $ 10 billion to public transit over ten years, more than five times the amount of money that was finally passed this year.

“$ 1.75 billion is a lot of money,” he said. “As we prove the effectiveness of these investments, it will also create momentum for more. “

“We want this to be part of the operation of all of our transport policy and our investments: designing it upstream with accessibility in mind, rather than waiting downstream until there is a problem. “, he added.

A transportation official told Spectrum News that the Federal Transit Administration will develop guidelines for ASAP funding by 2022 and will begin receiving applications from transit agencies shortly thereafter.

They said it is difficult to estimate the number of stations that will be impacted, as “the cost of specific projects would be based on the unique circumstances of each,” including whether the station is above or underground.