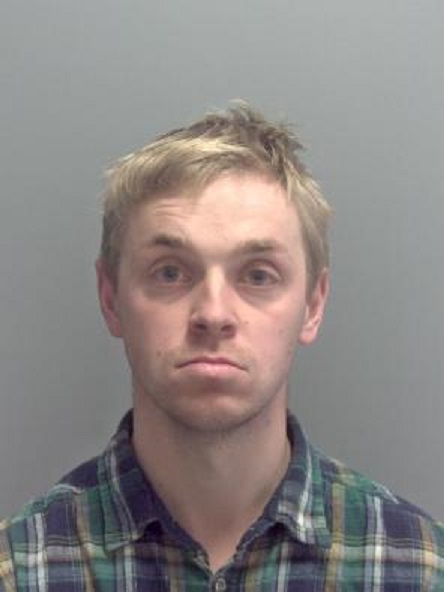 Father imprisoned for 14 years for killing his granddaughter

A father who killed his 14-week-old daughter has been jailed for 14 years.

Christopher Easey, 31, of Ely Road, Little Thetford, appeared at Norwich Crown Court today (Friday April 29, 2022) and has been jailed for 14 years for the manslaughter of his baby daughter Eleanor. He also received a one-year custodial sentence for one count of child cruelty to run concurrently with the manslaughter sentence.

Christopher Easey denied murdering Eleanor and was found guilty by a jury at Norwich Crown Court of the lesser charge of manslaughter on March 30, 2022. He was also found guilty of one count of cruelty to the children at the same hearing.

His co-defendant, Eleanor’s mother, Carly Easey, 36, of Elizabeth Drive, Chedburgh, was given a 12-month community order at Norwich Crown Court today (Friday April 29, 2022). She was found guilty by a jury of child cruelty at an earlier hearing.

During the 10-week trial at Norwich Crown Court, the jury heard how Eleanor was rushed to Norfolk and Norwich University Hospital on December 18, 2019 after she was found unconscious at home.

She was later transferred to Addenbrooke’s Hospital where doctors confirmed she had suffered a catastrophic brain injury. Sadly, she passed away on December 20, 2019.

Tests showed Eleanor had suffered brain bleeds on three occasions, the most recent within 48 hours of being admitted to hospital, and multiple retinal haemorrhages. His injuries were consistent with non-accidental head trauma, possibly due to shaking, impact, or a combination of both.

A post-mortem examination by the Home Office established the cause of death as a head injury, of the jolt/impact type, as well as multiple historical metaphyseal fractures and multiple rib fractures. He also found that she was malnourished.

During the investigation, led by the Norfolk and Suffolk Major Investigation Team, detectives discovered that Carly had concealed her pregnancy.

The court heard how health visitors noticed bruises and scratches on Eleanor’s face, which Carly said were caused by an ill-fitting car seat and that the scratches were self-inflicted.

The couple’s friends, co-workers and family members told detectives how the parents fed Eleanor custard cookies and lemon cheesecake, gave her squash to drink and the left home alone.

When asked by doctors how Eleanor suffered the life-threatening injuries, Christopher said he was forced to brake suddenly with Eleanor in the car on December 18. He also said that she sometimes banged her head against her bed. A police examination of the couple’s car found no evidence that it had been involved in a collision or in a situation where the driver had applied the brakes by force.

In her interview, Carly could not explain Eleanor’s injuries other than the bruises on Eleanor’s face.

Both parents were initially charged with murder. However, evidence showed that Carly was not present when Eleanor suffered the brain injury that proved fatal, and prosecutors later dropped the murder charge against her.

Detective Inspector Lewis Craske, who led the investigation on behalf of the Norfolk and Suffolk Major Inquiry Team, said: ‘Chris Easey has been convicted of the murder of his baby daughter and this is the terrible truth that she died at the hands of the very man who should have taken care of her; someone who should have taken care of her and shown her unconditional love. Sadly, this was not the case and little Eleanor was neglected for much if not all of her very short life.

“Finding out what happened to this family during Eleanor’s life and on that terrible night in December 2019 has always been our priority. I know we did and we presented our findings. It was a very moving investigation, and the memories of it will stay with us for some time.

How to consolidate your credit card debt

Neil Salt: Tributes to the founder of car dealership Co Tyrone after his sudden death