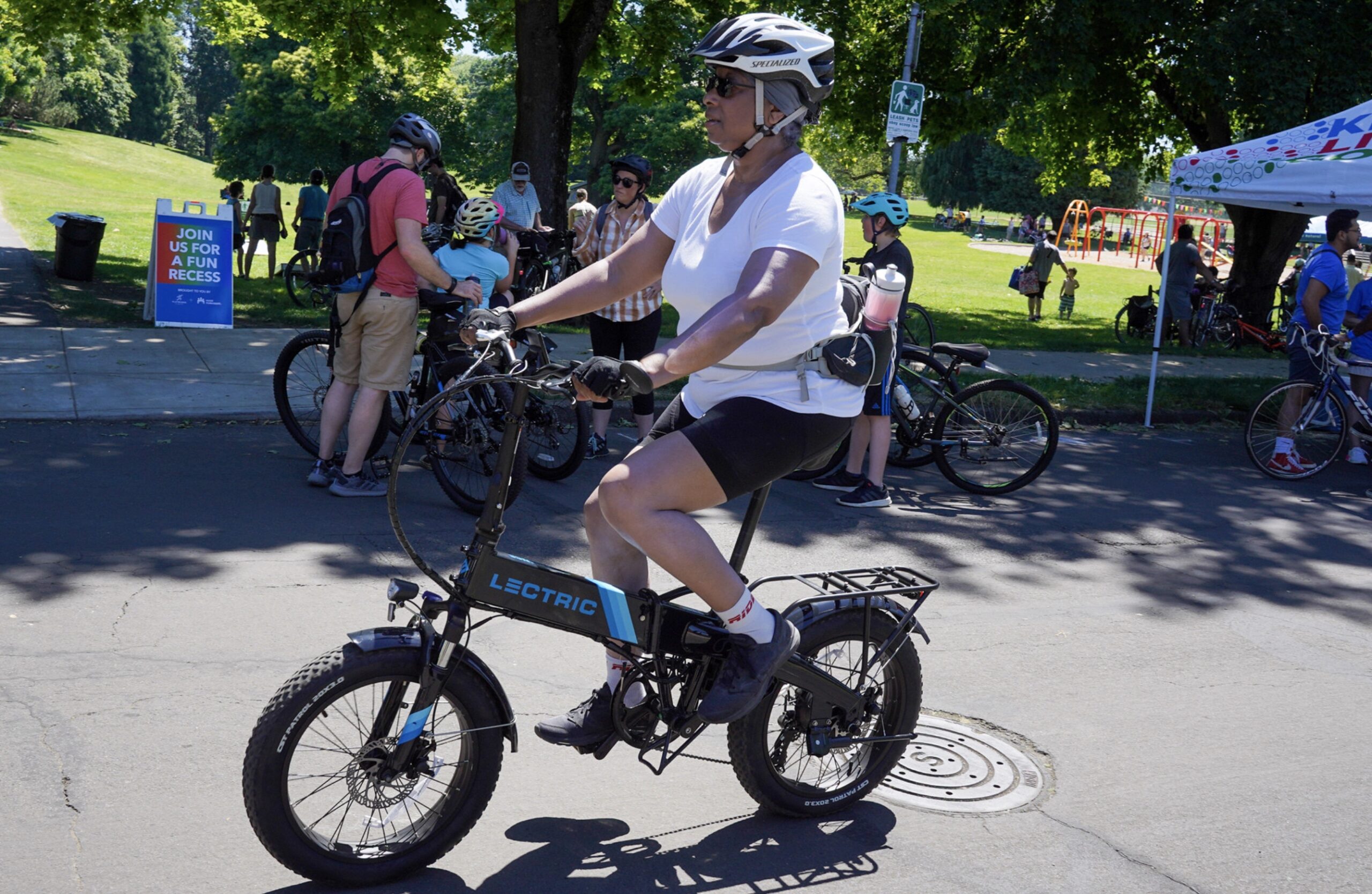 Electric bikes have changed that. Is it time to change the rules?

Electric bikes are to transportation what Steph Curry is to basketball*. They changed the game. And there is no turning back.

The e-bike revolution has been building for years, but it seems like the scales have gotten even lower lately due to better and cheaper products on the market, high gas prices, climate change concerns , a growing anti-car movement, a desire for more community-centric mobility, and many other factors.

As I see a growing percentage of Portland’s fleet becoming electrified, I feel like our best practices and transportation policies have not kept up. For decades, bike planners have used a playbook created with non-electric (also called “acoustic”) bikes in mind. In other words, all of our modeling and assumptions about how to design and engineer a bicycle-friendly city were done with a standard non-electric bicycle in mind.

But e-bikes are different from their non-motorized cousins. Do they require a different planning approach?

I’ve curated a list of bike planning topics that may need to evolve in order to better serve e-bike users. Read it and let me know if you have anything to add…

It’s easier to go faster on an e-bike, so I think it’s reasonable to assume that most people go faster on an e-bike than on a conventional bike. Most e-bikes have a top speed of 20 mph, but many exceed 28. (Another category goes even faster, but I’m not considering those “bikes” for the purpose of this discussion.)

The folks at the Portland Bureau of Transportation (PBOT) use an average bike speed of around 10-12 mph to make all of their time and distance assumptions. Why is this important? Well, you know those handy wayfinding signs (right) on neighborhood greenways that tell you how far away something is and how long it will take you to bike there? These assume you are driving at around 10 mph. (And don’t get me started on how Google and Apple need an “E-bike” route option in order to show accurate ride times.)

Signal timing is another big issue. Portland has many bike signals and even more traffic lights that take bike speeds into account. If these calculations are based on people driving at 10-12 mph, the PBOT timings will not be properly synchronized with actual behaviors.

The average speed of Portland’s bike fleet has increased – and will continue to increase – in the years to come. Our bike-specific infrastructure should reflect these higher speeds, not just out of respect for accuracy, but because when it comes to choosing a mode of transportation, speed matters. Faster bike trips will make cycling more competitive than driving and will entice more people to cycle.

A big part of local bike planning is deciding where the “bike route” should go. In Portland, many of those decisions are based on people’s riding behaviors on non-electric bikes.

But e-bikes can completely change where and how someone rides. Their larger size, imposing stature, more powerful brakes, bigger tires, etc. give riders a greater feeling of power than traditional bikes. Add the ease of higher gears, and you have a vehicle that balances power dynamics on the road in a way that adds new confidence to some drivers.

When I’m in a rush on my e-bike, I don’t use the designated bike paths as much as I used to. I want the most direct route I can find. And because my bike gives me more confidence to ride in traffic with motorists, I find myself on collector streets (like NE Prescott or SE Belmont), streets in commercial districts (N Mississippi, 28th, Hawthorne, NE Alberta) and even arteries (MLK/ Grand, Lombard), much more often.

Large railroad crossings, hills or busy streets that once spelled the end of a recommended cycle route and required planners to scribble circuitous routes around them. But with e-bikes, we should expand our map and be less afraid of mixing cars and bikes.

What would our bike maps look like if we assumed more people were using e-bikes? I think we would have a lot more direct routes and shorter travel time estimates, which would make cycling even more appealing than driving for more people.

Electric bikes sometimes need to be plugged in. They are heavier and often have a much larger footprint than traditional bikes. Their frame tubes also have larger diameters. These are all things that bike parking designs need to consider.

For example, hooks are relatively popular in our city. TriMet uses them on MAX and they are probably the most popular offering for apartment/condo builders because of how they save floor space. Hooks have always been bad when it comes to accessibility, but with many e-bikes weighing 55-70 pounds, they are 100% unusable for most people.

And if you thought people were worried about bike theft with a $750 commuter bike, wait until they lost $3-4,000 on an e-bike! In the future of the e-bike, people simply won’t travel to a destination that doesn’t have secure bike parking.

Other elements we need to adapt to the revolution include:

This is my list so far. I’m sure I’ll add to it in the months and years to come. What do you think? If not, how should our best practices and assumptions change to fully embrace this revolution?

*Steph Curry, a member of multiple NBA championship teams with the Golden State Warriors, changed the game of basketball by introducing a level of skill with long-range (“3-point”) shots that was previously unheard of. As the greatest shooter of all time, he influenced the way everyone plays and coaches the game.

Jonathan Maus is the editor, publisher and founder of BikePortland. Contact him at @jonathan_maus on Twitter, by email at [email protected], or by phone/text at 503-706-8804. Also, if you read and enjoy this site, please become a supporter.

What are the penalties for driving without auto insurance in each state?