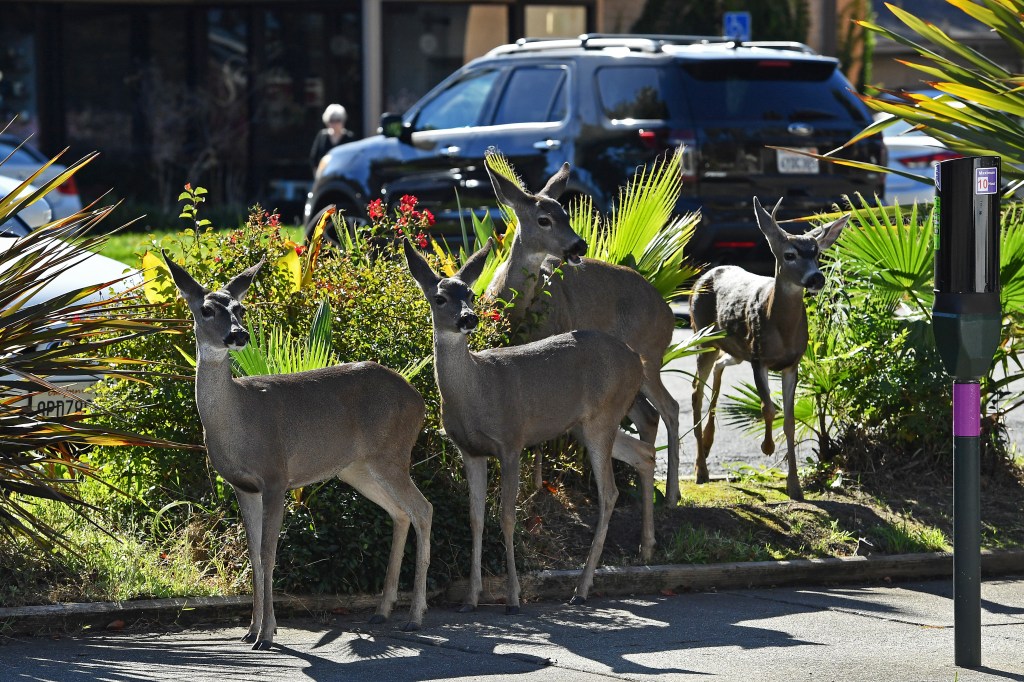 A small herd of deer wandered through downtown Walnut Creek on Monday morning, causing motorists to pull over and shoppers to pull out their phones to record the event.

The four deer were first spotted on Botelho Drive near the Petco store as they headed east towards Broadway Plaza.

The Animals then turned left onto North Broadway, where they stopped for a short break behind the Broadway parking lot.

After five minutes of rest, the four furry friends are back on the road. They headed south and turned left on Mount Diablo Boulevard toward Walker Avenue, toward the Safeway.

The deer then made their way to the Safeway parking lot, where a second Walnut Creek police cruiser joined the chase and helped escort the deer down Walker Avenue in what appeared to be the slowest police chase all time. The 30-minute ordeal ended when the deer abandoned police by ducking into the Arbors flats, forcing police to drop the chase.

Exclusive: Toyota scrambles to restart EVs with eye on Tesla