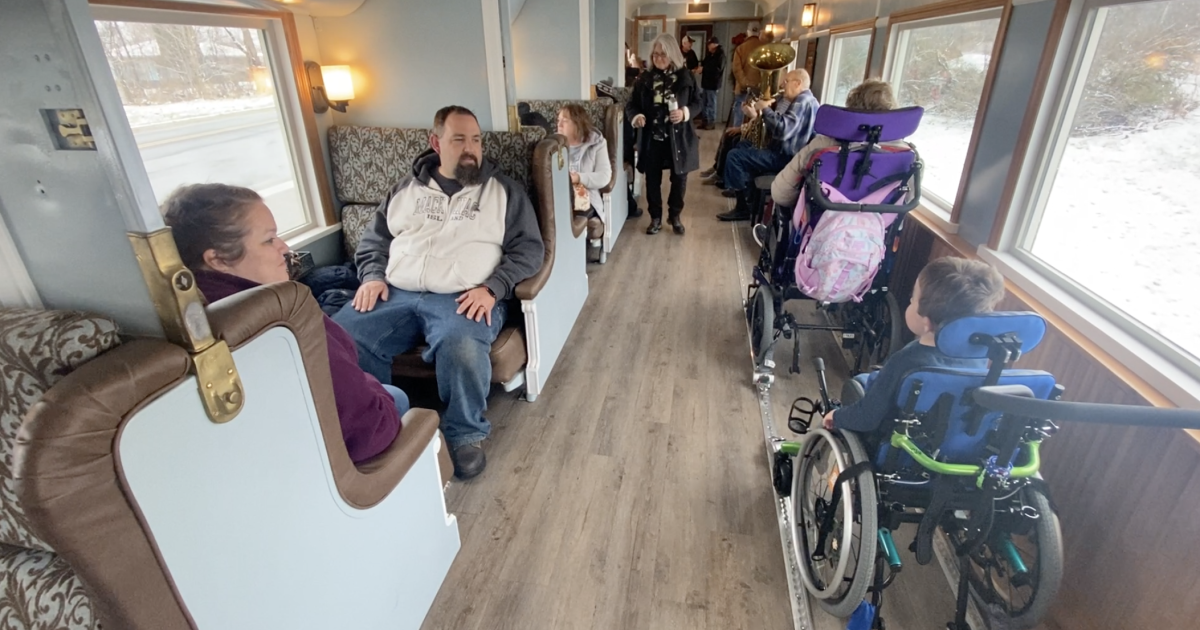 COOPERSVILLE, Michigan — Passengers with disabilities can now board a historic passenger train and enjoy the scenic countryside between Marne and Coopersville!

Friends of the Coopersville & Marne Railroad provided train rides for 500,000 people on “The Queen”, its vintage 1929 Pullman passenger car, for 34 years, according to operations manager Dennis Hart. However, its design had made boarding difficult for people with disabilities.

After $300,000 in generous donations and thousands of hours of modifications, the railroad says the train is now equipped to meet the needs of most riders with disabilities.

“A big word we like to use these days is inclusion,” says Dave Hastings, co-founder of Lori’s Voice. And that’s easy to say until we actually do something and make a difference

A groundbreaking ceremony was held on Thursday to celebrate the completion of the project.

In addition to the multitude of individual donors who helped fund the project, the railroad thanks the Meijer Foundation, the Steve Brandsta Family Foundation, the Ed Hanenburg Foundation and the Steelcase Foundation for their notable contributions.

“It took about 11 years of work to bring this car from what was originally a Pullman car to this handicapped car,” said railroad president Jeff Dupelka. “It’s a great day because we have so many disabled people who would like to take the train.”

People with disabilities will be able to take the train on Saturday November 26, just in time for this year’s Santa Claus train.

“Crushing cancer for Tommy”: a full day of events planned for Sunday at the Bantam Reserve – L’Observateur