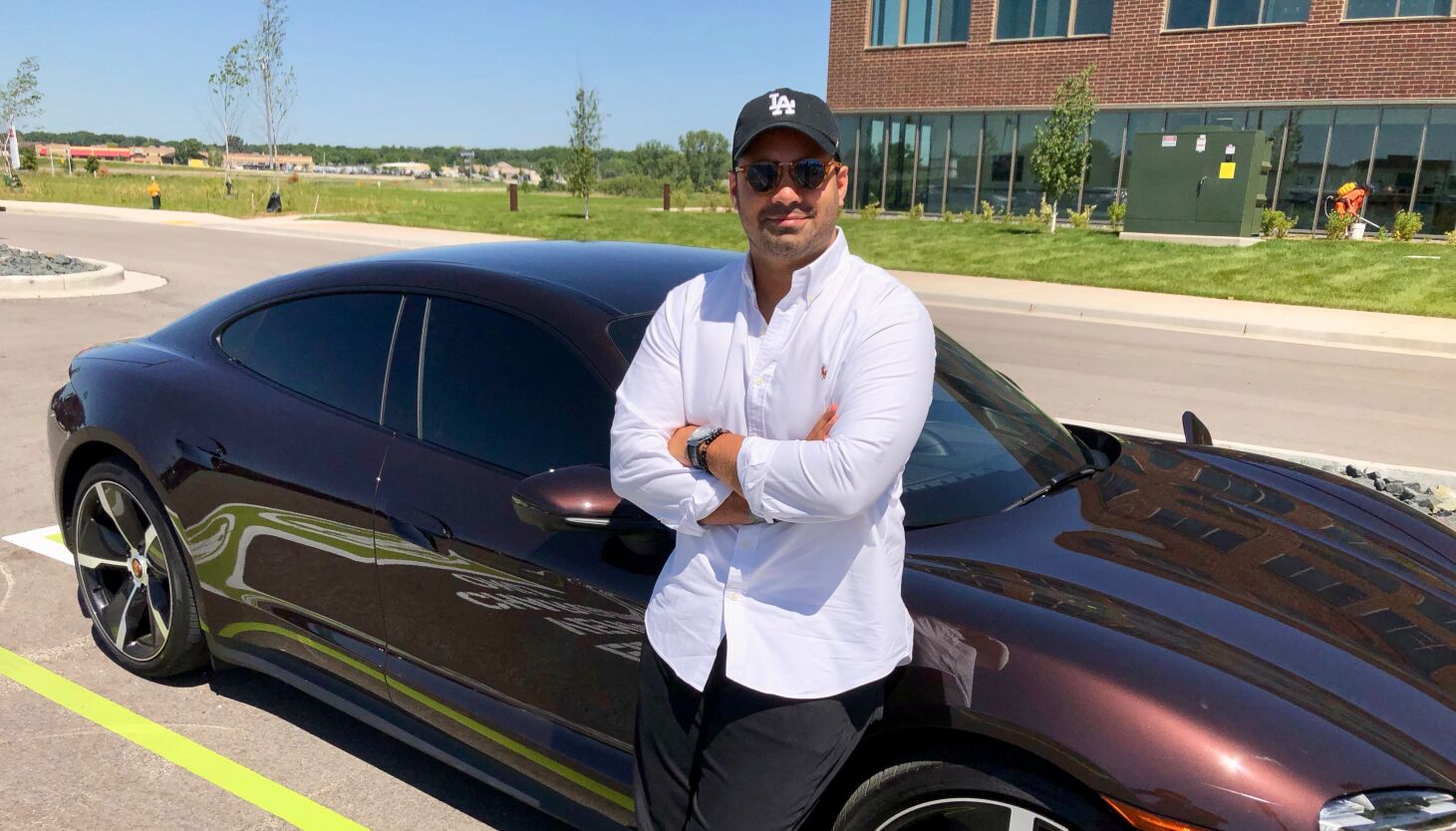 Charging electric cars: you also clean your own windshield

We were somewhere around Mount Pleasant, on the outskirts of Racine, when the drugs started to take hold. I remember saying something like…

Okay, there were no drugs, except for the caffeine in the coffee – I had to mention them to pay homage to the opening of Hunter S. Thompson’s epic road adventure, “Fear and Loathing in Las Vegas”.

We were definitely on a road trip, in Milwaukee for lunch. In a bit of a bumpy ride: a 2022 Porsche Taycan electric sports car, part of a revolution unfolding on American roads. I blast happily north on 94 at…ah…umm, yes, normal speed.

More than 600,000 electric vehicles were sold last year. California has just announced that it will ban gas-powered cars after 2035, perhaps sounding the death knell for the internal combustion engine that ruled for a century.

The federal government will pour $5 billion into electric vehicle charging stations over the next five years, including $148 million planned for Illinois.

EVPassport is one of the smaller players in the race to provide these stations. The California company is less than two years old, with 1,500 chargers in 23 states and Canada.

According to MIT Technology Review, there are only about 6,000 fast-charging public charging stations in the United States, plus 48,000 slower charging stations. A third of the number of service stations. Since EV stations generally don’t have attendants, they are more susceptible to being broken into and vandalized. A recent study of EV stations around San Francisco found more than a quarter out of service at any given time.

Those that work are not always easy to maneuver, that was the purpose of our trip. Shahidi wanted to demonstrate how troublesome her competitors are.

Our first stop was a ChargePoint station outside Aurora Medical Center in Kenosha, Wisconsin. The idea was for me, a novice, to try using the industry leader, the “900-pound gorilla” of charging stations.

“So you come to a charging station,” Shahidi said. “I’ll let you do the moves and I won’t say anything.”

I tried to grab the power cable. It wouldn’t come out. There was a screen, but I could barely read it in the hot sun. I called the help number. Cowboy music played. While I was waiting, I downloaded the app. The minutes drag on.

To be fair, it could also be difficult to pump gas if you’ve never done it before.

The gas station model involves pulling up to a pump, inserting a credit card, and putting gas in the tank. You do not have to rejoin anything. Why do you need an app to charge your car?

“They want to be able to collect driver data,” Shahidi said.

Driving my van, I usually wait until the needle is empty before refueling. It does not work with electric cars.

Although potential electric vehicle buyers are concerned, most charging is done at home. 85% of car trips are less than 15 miles.

Concerns about pricing are tied, I believe, to the myth of the open road. Unlimited possibilities, for the same reason the speedometers go up to 160.

“There is such a great need for EV chargers, if we are to achieve mass adoption,” said Shahidi, who drives an electric BMW i3.

Space does not allow me to describe a fraction of our day, fortunately. Two more stations, lots of kilowatts, lots of traffic, a total of seven hours, ending downtown with the Taycan comfortably charging at an EVPassport station at Millennium Park Garage. Shahidi ordered an Uber. I didn’t mind taking the Taycan back to Northbrook. Without a manual transmission, driving an electric sports car is… a somewhat underwhelming experience. A Lincoln Navigator pulled up and I climbed into it gratefully. I guess before we know it, cars will be something we summon, not possess. They will mostly drive and charge themselves, as robot vacuums currently do. And about as romantic.

No Credit Check Title Loans: GadCapital Noted Things You Needed To Get Approved