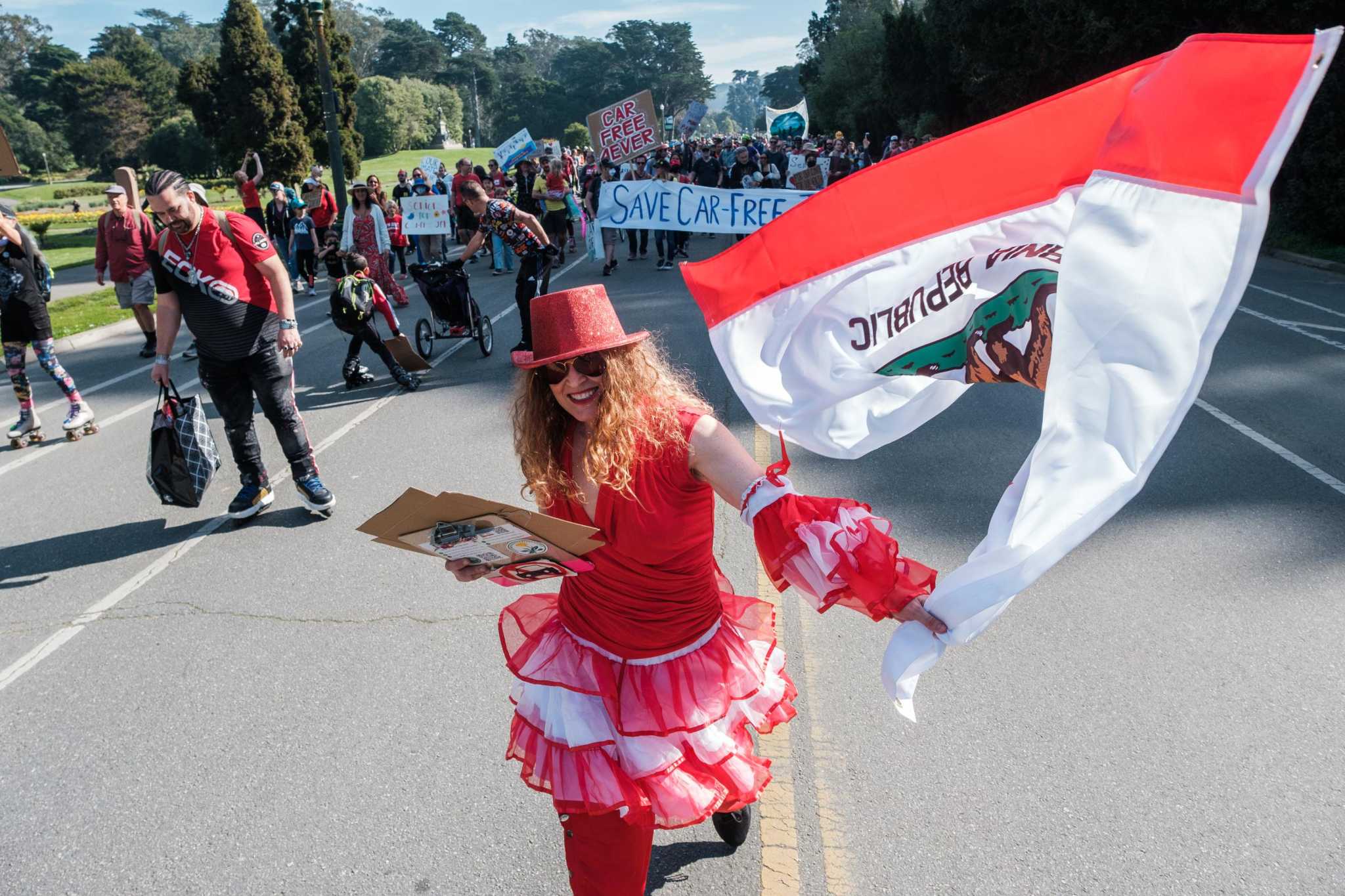 As San Francisco prepares to decide whether Golden Gate Park’s John F. Kennedy Drive will remain closed to cars, an elected official is pushing for a compromise and raising the possibility of voters weighing in this fall.

Supervisor Connie Chan told The Chronicle this week she wanted to form a new task force to help determine the future of the road which has been popular with walkers and cyclists since it was closed to traffic automobile at the start of the pandemic nearly two years ago.

It wouldn’t be the first time a task force has met to discuss JFK Drive – another group met last year but didn’t make a recommendation on whether to keep the road car-free . Now Chan, who represents the Richmond District and other neighborhoods north of the park, hopes to get more conclusive advice.

Chan said she hopes the new group can come up with a proposal by April or May that addresses concerns about disabled access to the park while allowing JFK Drive to remain largely car-free in perpetuity. .

“Everybody actually has to come to the table and find a compromise,” Chan said. “No win-win approach.”

The JFK Drive closure has been a polarizing issue among San Franciscans — beloved by people who have walked and cycled the road often over the past two years, but fiercely opposed by some disability advocates, neighbors complaining impacts of traffic and museums.

The Board of Supervisors is expected to decide on a long-term setup on JFK Drive this spring after city officials presented findings from an extensive public outreach. Along with similar discussions of the pandemic-induced closures of the Great Freeway and various other slow-moving streets, the debate over whether to permanently ban cars along some of the city’s main thoroughfares has at times become just as heated. than the longer controversies over homelessness and housing. .

City agencies have been collecting comments on three options for JFK Drive: one that would reopen it to cars, another that would keep it closed east of Transverse Drive, and a third that would be a hybrid of the first two. Chan supported reopening a two-block stretch between Eighth and 10th Avenues, and she told The Chronicle she still supports the idea.

One way to address critics’ concerns about access to a car-free JFK Drive could be to upgrade the underground Music Concourse Garage, Chan said. The garage is near the de Young Museum and the California Academy of Sciences, which have both fought to keep the street open to cars, saying the closure makes it harder for visitors to enter.

Chan said a ballot measure in November might be needed if officials decide they want to use public money to fund improvements to the garage. She didn’t approve of any particular upgrades, but said they could theoretically help people with disabilities if JFK Drive is permanently closed to cars. She thinks going to the polls could be a mandatory step because of previous voter-approved restrictions on the use of taxpayer money at the garage.

Chan intends to officially unveil the task force’s plans at the next supervisors’ meeting on Tuesday. She wants to include representatives from the various city departments of people with disabilities, pedestrians, cyclists, labor and park museums.

A similar cross section of interests was represented in a previous working group which last year established a set of values, needs and priority actions to guide city officials’ public outreach process for the future of JFK Drive.

Tamara Aparton, spokeswoman for the San Francisco Department of Recreation and Parks, said department officials only recently learned of Chan’s idea for a new task force and are awaiting more details. The department focused on its “robust public process” regarding JFK Drive, working in conjunction with the San Francisco Municipal Transportation Agency to engage “more than 10,000 people in every neighborhood in the city” through surveys, meetings, workshops and other means, Aparton said in an email.

“This has included outreach to older people, people with disabilities, monolingual communities, park neighbors and business groups,” Aparton said. “We are currently completing our process and expect to present our recommendations to the Supervisory Board soon.”

Several of Chan’s colleagues on the supervisory board told The Chronicle they support his attempt to find a compromise.

“I appreciate his ongoing efforts to engage with stakeholders,” said Supervisor Gordon Mar, who represents the Sunset District and other neighborhoods south of the park. “I support our city’s efforts to expand recreational and community spaces, and that includes JFK Drive and other streets in Golden Gate Park that have been car-free during the pandemic. But I would only support making them permanent if the access issues for community members with limited mobility and low income community members can be adequately addressed.

Some of the leading advocates for car-free JFK Drive — the San Francisco Bicycle Coalition and pedestrian advocacy group Walk San Francisco — said in a statement that they did not take a position on the task force, but noted that the two organizations “were working with neighborhood and community groups to participate in the city’s robust outreach process to determine the future of JFK.

“The car-free space on JFK Drive has proven extremely popular and is aligned with the city’s climate and transportation policies,” Nesrine Majzoub of the Cycling Coalition and Jodie Medeiros of Walk SF said in the release. “It should be made permanent now, as important work continues to bring more accessibility and equity solutions to Golden Gate Park.”

It’s unclear whether the proposals related to the Music Concourse Garage will be enough to address the concerns of some disability advocates about the closure of JFK Drive to cars. Howard Chabner, a disability rights advocate from San Francisco who uses an electric wheelchair, said the road closure makes it harder for people with disabilities to access places like the Conservatory of Flowers and Peacock Meadow which are not located next to the Music Concourse.

“They’re talking about the garage as a solution, but even if the garage was perfect, it wouldn’t fix all these other places,” Chabner said. “I just don’t see that as a solution.”

Representatives of the de Young and the Academy of Sciences reacted positively to Chan’s task force idea. de Young’s spokeswoman, Helena Nordstrom, said in an email that the museum appreciates Chan’s efforts to “address this current situation, which has such a negative impact on accessibility, attendance and financial viability. from the de Young Museum.

Meanwhile, Ike Kwon, director of operations at the science academy, said his institution would be “happy to participate” in the new task force “as one of many community members to help find a solution. “.

“We want as many voices as possible at the table to ensure the needs of the diverse communities we serve are met,” Kwon said.