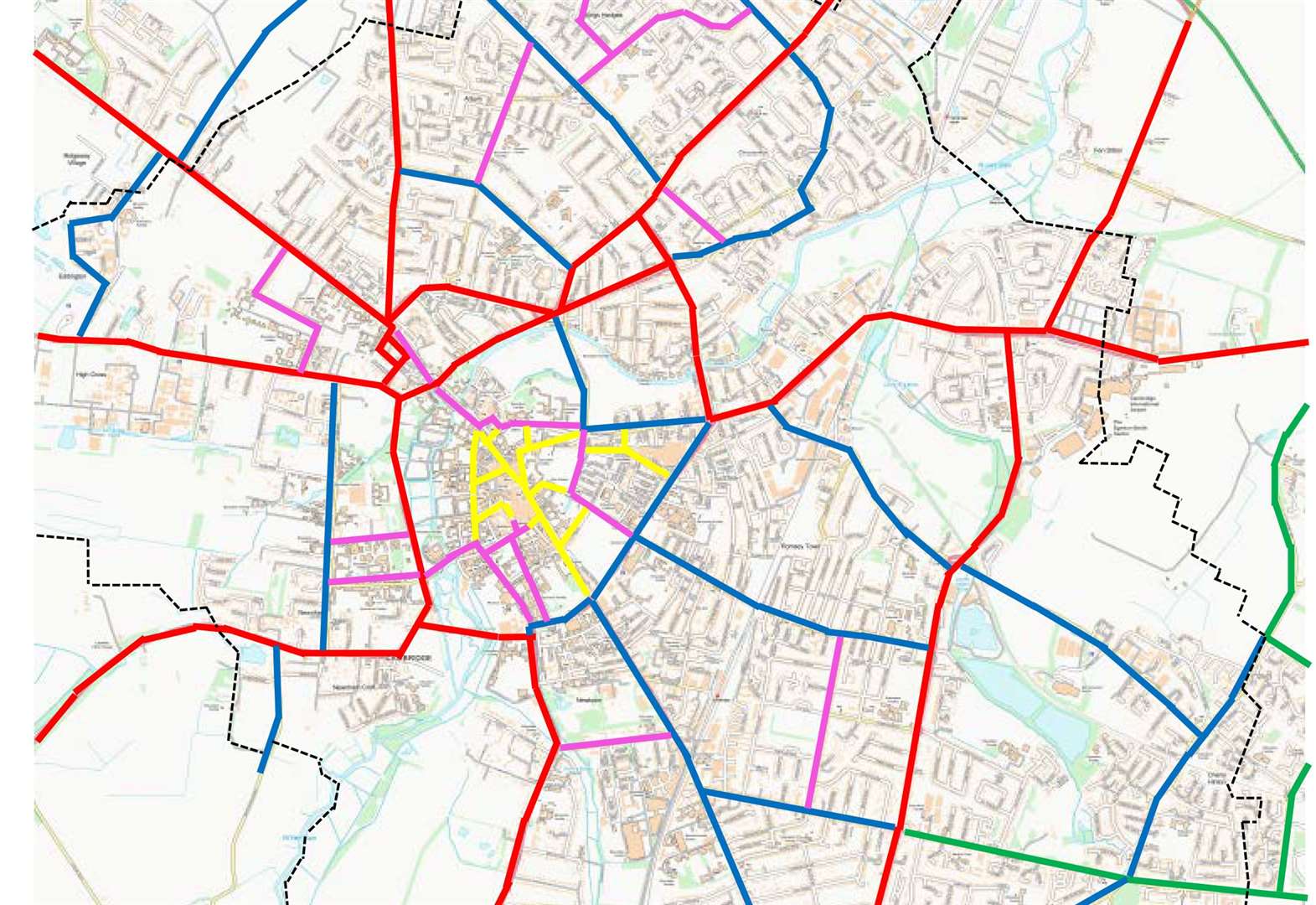 Cambridge’s biggest road overhaul in decades is proposed to create a major shift away from car use and ban journeys ‘on many parts of the network’.

A revision of the hierarchy of the road network could lead to giving priority to pedestrians in other parts of the city center, with motorized access limited to certain times of the day and “to essential needs”. Rather, vehicle movements would be limited to the city’s main distribution routes.

The Greater Cambridge Partnership Joint Assembly considered initial ideas on developing a review of the city’s road network on behalf of Cambridgeshire County Council at a meeting yesterday (Thursday February 17).

The current road classification has been in place since the 1980s and a revision offers the opportunity to shake up travel in the city.

It is part of the GCP’s access plans to the city, which also include improvements to bus service as well as the introduction of road pricing.

The new hierarchy is also expected to be reflected in the Cambridgeshire and Peterborough Combined Authority’s new local transport and connectivity plan, which is due for public consultation later in the spring after work was delayed.

A report from yesterday’s meeting produced by GCP Transport Director Peter Blake says: ‘The GCP’s public transport and city access strategy is at the heart of the City Deal, aiming to address some of the major pressures on the local economy by reducing congestion and pollution and providing people with better, healthier and more sustainable options for getting around.

“The development of a new road network hierarchy for Cambridge presents an opportunity to make better use of our road space to increase the number of trips made by public and active transport.

“Along with broader city access workflows, it aims to improve journey times and bus reliability, facilitate more frequent services, and create a better and safer environment for people walking. , cycle and use other active modes of transportation.”

The operational principles of a new network project would see priority access given across the network for walking and cycling as well as “extended network permeability” for bus services, which include school and community transport.

All car journeys would have the same level of accessibility to the network, whether by private car or taxi, without any access through the network’s modal filter points.

The GCP Citizens’ Assembly had previously identified the need to improve public transport, give priority to pedestrians and cyclists and was strongly in favor of road closures.

The report also refers to work being undertaken elsewhere in the UK, including the Traffic Cells initiative developed by Birmingham City Council, which aims to prioritize active travel and access to public transport in its centre. -town.

It also points to the London Borough of Waltham Forest which is at the forefront of low-traffic neighborhood development, and Ljubljana in Slovenia where motor vehicle access is only permitted under permit conditions for a few hours. early in the day.

According to the draft proposals, which should be subject to public consultation in the summer if approved but could be subject to modification, the main distribution network would consist of the main arteries and the designated ring road in the city ​​(A1134/ A1303).

Where space permits, these roads provide some level of separation of pedal cyclists and buses from general motorized traffic through the provision of dedicated bus and/or bicycle lanes.

“Any designated on-street parking should meet cyclist, local service and blue badge requirements as a priority, with any general parking restricted to parking or off-road spaces and restricted to short-term stays,” the report said.

These roads would generally be subject to a speed limit of 30 mph or 20 mph where the width or alignment of the road warrants a lower limit.

There would then be a network of “Zone Access Streets” and “Local Access Streets” which would provide the next level of network movement facilitating access to, from and within areas of the city. .

Direct vehicle travel would be prohibited on these routes other than public transit and active modes of travel. These roads would “generally be subject to a 20mph speed limit”, the report said.

The draft map published in yesterday’s meeting report shows that on these ‘area access streets’ which include roads such as Hills Road, East Road, Coldhams Lane, Victoria Avenue, Arbury Road and King’s Hedges Road, there would be cycle lanes where possible and crossing for pedestrians at all major junctions.

This would also be the case for “local access streets” which could include roads such as Carlton Way, Bridge Street, Jesus Lane, Emmanuel Road, Sidgwick Avenue and West Road.

Parking on these streets would be limited in priority to bicycle spaces, the “proximity service” and holders of blue badges, with any general parking being limited to short-term stays.

“Parking for local residents should only be considered when there are no alternative locations on nearby streets,” the report said.

The final set of roads designated in the draft road network map are “civic streets” in the city centre, which could include Regent Street, Sidney Street, St Andrew’s Street, St John’s Street, Trinity Street, King’s Parade and Hobsons Street, and where motor vehicle access is limited to essential residential and maintenance needs and those with reduced mobility, often managed by time of day.

“These routes would normally not form part of the public transport network, although managed access for scheduled services may be permitted to provide links to the wider network of local bus services,” the report adds.

A review could also lead to big changes for taxi services, as work would look at what level of access ‘would be appropriate’.

Currently, taxis can operate in all city bus lanes and gates as well as some restricted access streets such as St Andrew’s Street – a practice dating back to the 1990s according to the report.

A review would also consider whether the bus interchange, which is currently concentrated in St Andrews Street/Emmanuel Street/Drummer, is still appropriate given pre-pandemic demand exceeded capacity and there is no possibility of increase the capacity of stops.

“Potentially, moving bus and taxi movements away from some sensitive streets and focusing on consolidating deliveries provides an opportunity to expand the reach of priority streets for pedestrians and cyclists where access motor vehicles would be restricted by time of day and limited to essential needs,” the report reveals.

The review would identify key network principles and define street categories, prior to the development of a new road hierarchy plan.

A public consultation would take place this summer if the board of directors of GCP gives its agreement at its meeting in March. Further work will also need to take place on the impact of any potential changes on other routes in the network.

A Next-Gen Chevy Could Have Airless Tires

When should it be changed? – WSOC TV