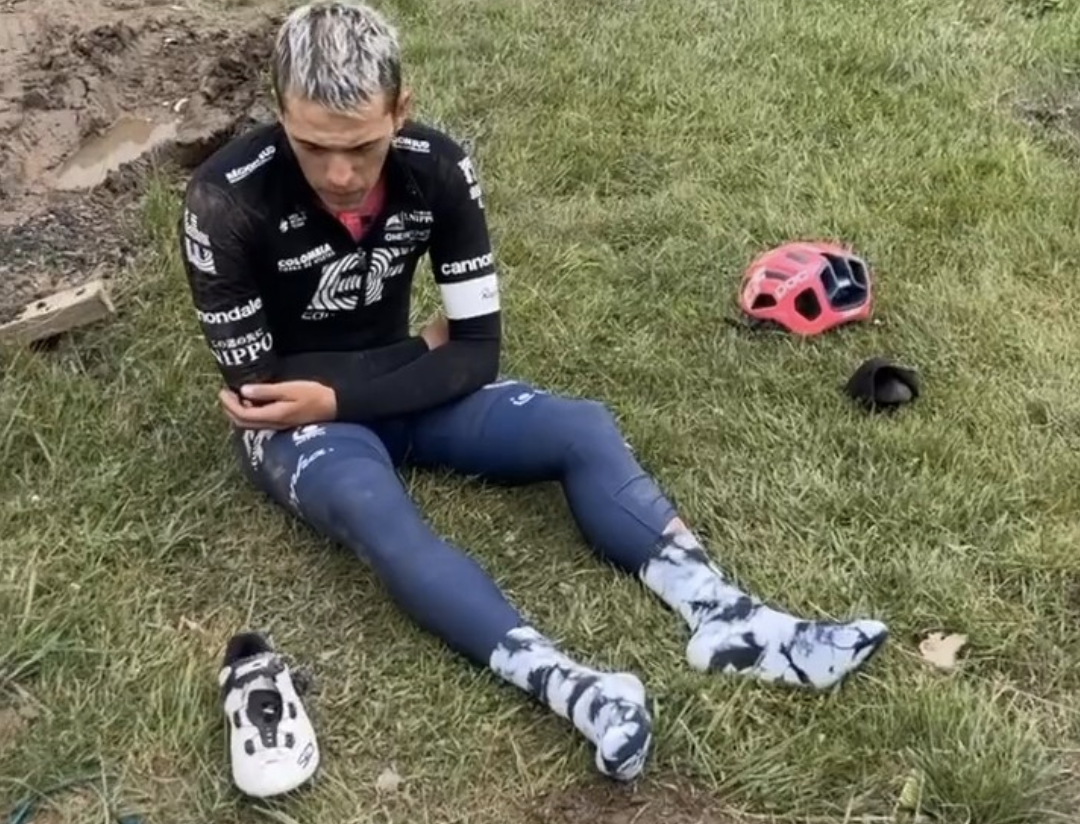 Arroyave hit by a car while training, leaving him with lacerations and a broken bike

Daniel Arroyave (EF Education-Nippo) was struck by the driver of a car during training in Colombia’s Antioquia region on Tuesday.

The 21-year-old was riding with two other cyclists when he was hit, according to media Wieleflits. Arroyave was shown in photos from social media posts sitting on a patch of grass, without his helmet and shoes, and holding his elbow straight. The photos also showed heavy damage to his bike, the frame broke into pieces.

“Thank goodness it’s nothing serious. I’m fine. I just have a few lacerations from the accident,” Arroyave said in a video message. “I want to ask drivers to pay more attention to people on bicycles and on foot.

“Today was me, tomorrow it could be someone else, and it could be a life [lost]. Equipment can be replaced, but not a life. I want to urge people to look out for each other. We all share the same path. “

The extent of his injuries, beyond his personal assessment of “a few lacerations”, was unknown at the time of writing, along with details of his two fellow travelers.

The young Colombian had just completed his first of two years with EF Education-Nippo, where he was fourth in the Tour of Poland mountain standings. Two years ago, he finished fifth in the U23 individual time trial at the national championships and followed it the following year by winning the national U23 road race title.