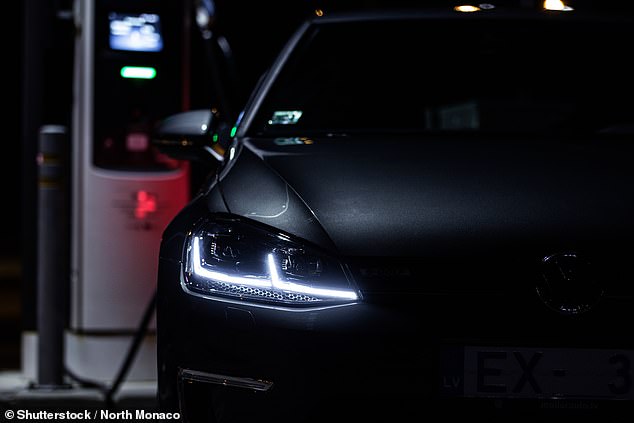 Transport Secretary Anne-Marie Trevelyan is set to introduce minimum personal safety standards to help protect women and vulnerable users at all of the UK’s 33,000 public charging stations, according to online marketplace Heycar .

The standard would require electric vehicle charging locations to be well-lit with monitored CCTV cameras and emergency contact buttons at a minimum.

EV locations that meet this standard would be identified with a kite mark so drivers know they can use them with confidence at night or when alone.

Charging an electric vehicle on a public device can be a ‘personal safety roulette’: a new campaign calls for improved standards at charging locations, requiring them to be well-lit and fitted with CCTV cameras

The campaign follows a survey of drivers which revealed that 80% feel vulnerable when charging their electric car.

This is due to a number of reasons, such as devices located at sites that make users feel isolated, poorly lit and unmonitored by CCTV cameras, which is not the case in the majority of ordinary gasoline pumps.

Of 500 EV drivers surveyed, 63% said they didn’t think security measures at current charging stations were adequate and 89% even left a device because they didn’t feel safe there. place.

“At the moment it can feel like playing roulette – the drivers don’t know what they will find when they arrive.”

“The charging station could be in the back of an empty, dimly lit car park with no security cameras and it might not even work – potentially leaving them stranded if they don’t have enough charge.

“The issue is particularly pressing given that the clocks are ticking back towards the end of this month, which means more women are likely to find themselves charging in the dark.”

Tooze added: “Local authorities and charging station site owners also have a fundamental role to play in safety and security measures at charging station locations. With so many different stakeholders, government intervention is needed to ensure standards are set. 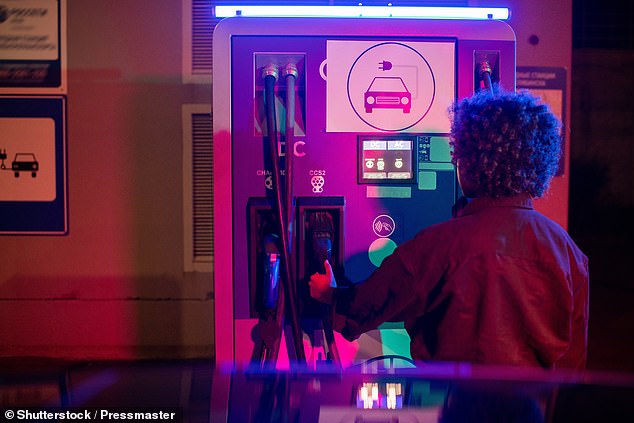 Many reported feeling “trapped” inside their vehicle while charging, especially if there were no basic amenities nearby.

The university’s academics also noted that a woman with a disability could be “doubly vulnerable” if she charged in an unlit area and where accessibility to and from her vehicle to reach the charging cables was more difficult.

Additionally, they noted that men can also feel uncomfortable charging under these circumstances.

“Our research begins to address this knowledge gap and the challenges that need to be overcome to facilitate a just transition to zero-emission vehicles in the UK.” 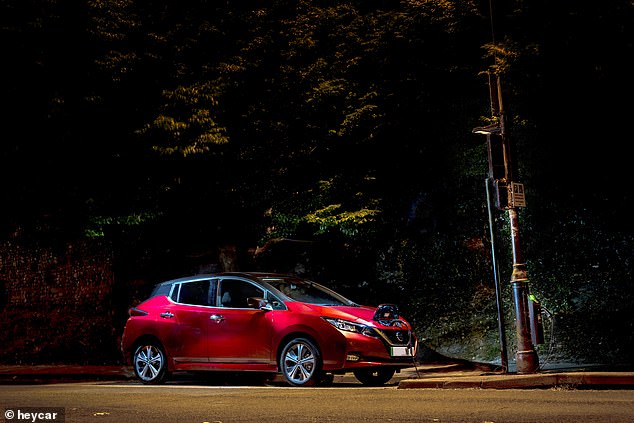 Calls for improved levels of personal security at public charging stations across the country have been backed by Volkswagen UK’s finance arm, although it admits it is not currently aware of any attacks on users on the sites.

Emma Loveday, Senior Fleet Consultant at VWFS UK, said: “There is a risk that women will be subjected to unwanted behavior and, worse, attacked.

“I haven’t heard of any incidents involving violence against women at charging stations, but I’m not naive enough to think it will ever happen.” It’s a question of when, not if.

Heycar’s campaign is also supported by ChargeSafe, the independent five-star rating system for public electric vehicle charging, based on personal safety and accessibility.

Its co-founder, Kate Tyrrell, said: “Ultimately, with the government banning the sale of new petrol and diesel cars in 2030, we are all going to end up driving on electricity. But now it is possible to ensure that women are protected when charging their cars even before the infrastructure is built.

“There are currently around 33,000 public chargers – around 10% of the 300,000 we need in the UK by 2030 – so if we can create a standard in the next two years, before chargers are installed really takes off, then we can make a very positive impact on women’s safety nationally.

Some links in this article may be affiliate links. If you click on it, we may earn a small commission. This helps us fund This Is Money and keep it free to use. We do not write articles to promote products. We do not allow any business relationship to affect our editorial independence.

With my new glasses, I have more than the ability to see the world fully