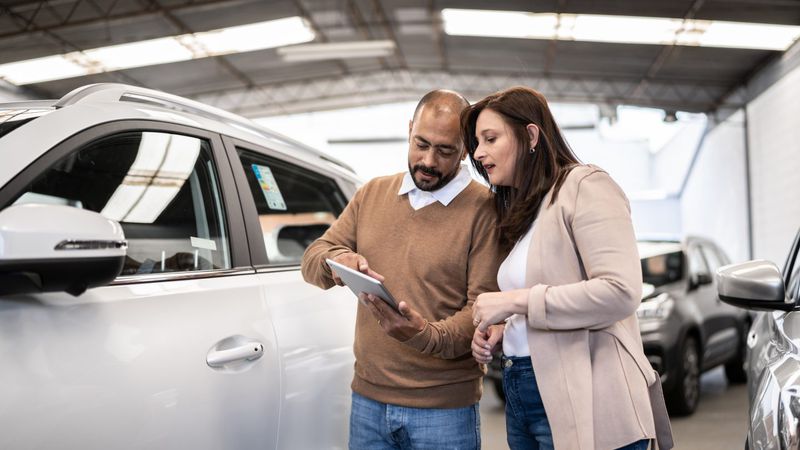 As more and more Americans consider an electric car, many buyers still have questions and concerns, some of which are actually outdated or unfounded.

This year will see the release of more electric cars – and even pickup trucks – leading 27% of likely buyers to say they would consider buying an electric car in the next four years, according to research from JD Power. And the popularity of electric vehicles continues to grow. While auto sales were down 21% year-over-year in the last quarter of 2021, mostly due to parts shortages, electric vehicle sales were up 72%, Kelley analysts said. Blue Book.

Despite growing popularity and improved capabilities, common objections to buying an electric vehicle continue to be “all the usual suspects,” says Stewart Stropp, senior director of automotive retail at JD Power.

What are the most common objections to buying an electric car?

“Range anxiety” refers to the anxiety felt by an electric vehicle owner when their battery charge is low and charging sources are not available. Range anxiety and the fear of getting stranded was valid when EVs were first released, as their range was less than 100 miles. That anxiety continues to exist, according to Stropp, whose study found an interesting disconnect.

Jan Faiola, a medical researcher living in Long Beach, Calif., shares her concern about range as she begins shopping for an electric vehicle in the coming months. “Will this limit the way I travel?” she asks. “I just don’t want any surprises after buying one.”

“What we hear from the EV rejection set is, ‘I need 500 mile range,’” Stropp says. However, current EV owners driving cars with a range of 250 miles have found it quite adequate.

Stropp notes that the range of many electric vehicles available today is well over 200 miles and growing as new models are released. For example, the 2022 Lucid Air sedan offers a range of 520 miles.

Nearly half of respondents in the JD Power study expressed doubts about the charging infrastructure. Stropp again sees a disconnect as almost all EV owners charge at home.

The typical driver would make as few as six stops at a public charging station each year, Stropp says. “But a more robust network of fast-charging stations would help ease shoppers’ concerns.”

Mark Duda, a retired engineer living in the Detroit area, wants an electric car but echoes those concerns. “I’m waiting for the accessibility of charging stations to improve,” he says.

Duda may not have long to wait. The Biden administration plans to make half a million Chargers available to the public in the United States, five times more than the 100,000 Chargers currently available.

The first EVs on the market, aside from Teslas, were smaller hatchbacks or hatchbacks, like the Nissan Leaf. Stropp says that drove a lot of people out of the market. With the release of more SUVs and pickup trucks, he sees that objection diminishing.

Subscribe to our free Business by the Bay newsletter

We’ll break down the latest business and consumer news and information you need to know every Wednesday.

You are all registered!

Want more of our free weekly newsletters in your inbox? Let’s start.

Explore all your options

The Ford F-150 Lightning, which will arrive in the spring of 2022, offers an electric vehicle for contractors and pickup truck enthusiasts. And many midsize SUVs are becoming available, such as the Volkswagen ID.4 or the Hyundai Ioniq 5.

The lack of a family SUV big enough to hold her three children and a dog prevented Emily Rando, an accountant from Maynard, Massachusetts, from getting an electric vehicle. “When we were shopping, the only all-electric available didn’t have a lot of trunk space,” she says. Instead, she rented a 2021 Volvo XC90 plug-in hybrid with an all-electric range of 20 miles.

The added expense of buying an electric car was cited as a barrier by 43% of respondents in a 2020 Consumer Reports survey. Although the purchase price of electric vehicles seems higher than that of gasoline-powered cars, this perspective ignores the big picture. In fact, “consumers can save a lot of money in the long run by switching to an electric vehicle,” according to Chris Harto, senior sustainability policy analyst at Consumer Reports.

When all the savings are taken into account – lease incentives, tax breaks, fuel and repair savings – “typical total savings over the lifetime of most electric vehicles range from $6,000 to $10,000” , says Consumer Reports.

While conducting the JD Power study, Stropp found that most people expressing opinions about electric cars had never driven or even ridden in an electric vehicle. “They don’t understand how fun and exciting an electric vehicle can be with the quiet ride and instant acceleration,” Stropp says.

Once they’ve been in an electric vehicle, Stropp says buyers are three times more likely to get one. One such convert is Rando, the accountant, who is considering going all-electric for her next car. “We love driving the Volvo Plug-in Hybrid, especially when it’s in electric mode,” she says. “It’s so calm and flowing. And we love driving a greener SUV. »

About the Author: Philip Reed is an automotive expert who writes a syndicated column for NerdWallet that has been published by USA Today, Yahoo Finance and others. He is the author of 10 books.